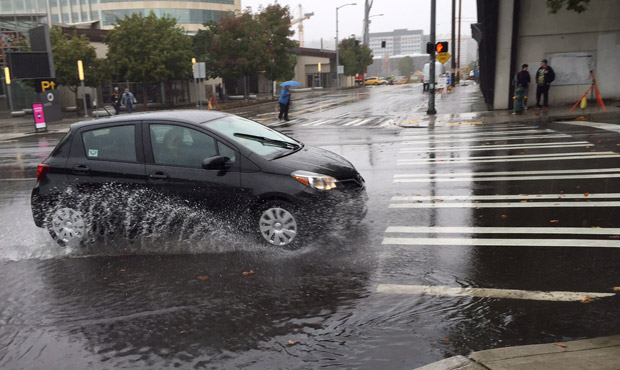 83% of Americans find themselves driving frequently. It’s an extremely convenient type of transportation that gets people where they need to go, puts them in control of their trip’s timing and is cheaper than flying most of the time. However, cars, roads and driving have come a long way from early types of transportation. Instead of cars that cruised along at slower, more relaxed speeds, today’s cars are built for speed; highways also encourage high-speed driving, so people can get where they need to go faster. While increased speeds have contributed to greater dangers behind the wheel, dangerous intersections, blind spots and bad safety precautions also hinder a driver’s ability to be totally safe while driving. If you find yourself doing any of these three things as a driver, it’s time to reevaluate your driving practices.

Sometimes, you just have to be somewhere. Maybe you’re running late to work or ended up in a traffic jam that got you off schedule, being late is a major contributor to people speeding on the road. However, no meeting, event or work pitch is more important than your life. Speed limits are enforced to keep drivers safe and are suited for the roads you’re on. Going faster than what the law allows isn’t a good idea. While it’s not a safe practice, it also may slow you down even more because a police officer can pull you over. Speeding tickets aren’t cheap and can have pretty serious repercussions depending on how fast over the limit you were driving.

This is when you see something else happening on the other side of the road, and you’re tempted to look and see what the commotion is about. Whether it’s an accident or a bad traffic jam, looking is a bad idea because it takes your eyes off the road. Snagging even the shortest peek could be just enough time to put you and other drivers in an accident. When you’re on the road, the only place your eyes should be is looking straight ahead at the road in front of you and the cars around you. Wanting to get in on the action around you can have serious consequences.

This may seem crazy, but a lot of people finish their morning routine on their way to work. Whether it’s putting on lipstick at a red light or lathering on lotion, people think it’s acceptable to put makeup on when driving. This is a major distraction that probably won’t give you the best makeup quality but will also put you and other drivers at risk. Your hands, concentration and eyes all need to be on the road and not distracted by something such as applying makeup.

With so many people on the road at all hours of the day, being a driver isn’t something you should take lightly. A car is a dangerous machine that can do a lot of damage if safety precautions aren’t followed. Driving safely is a lifestyle everyone should adopt each time they get behind the wheel.