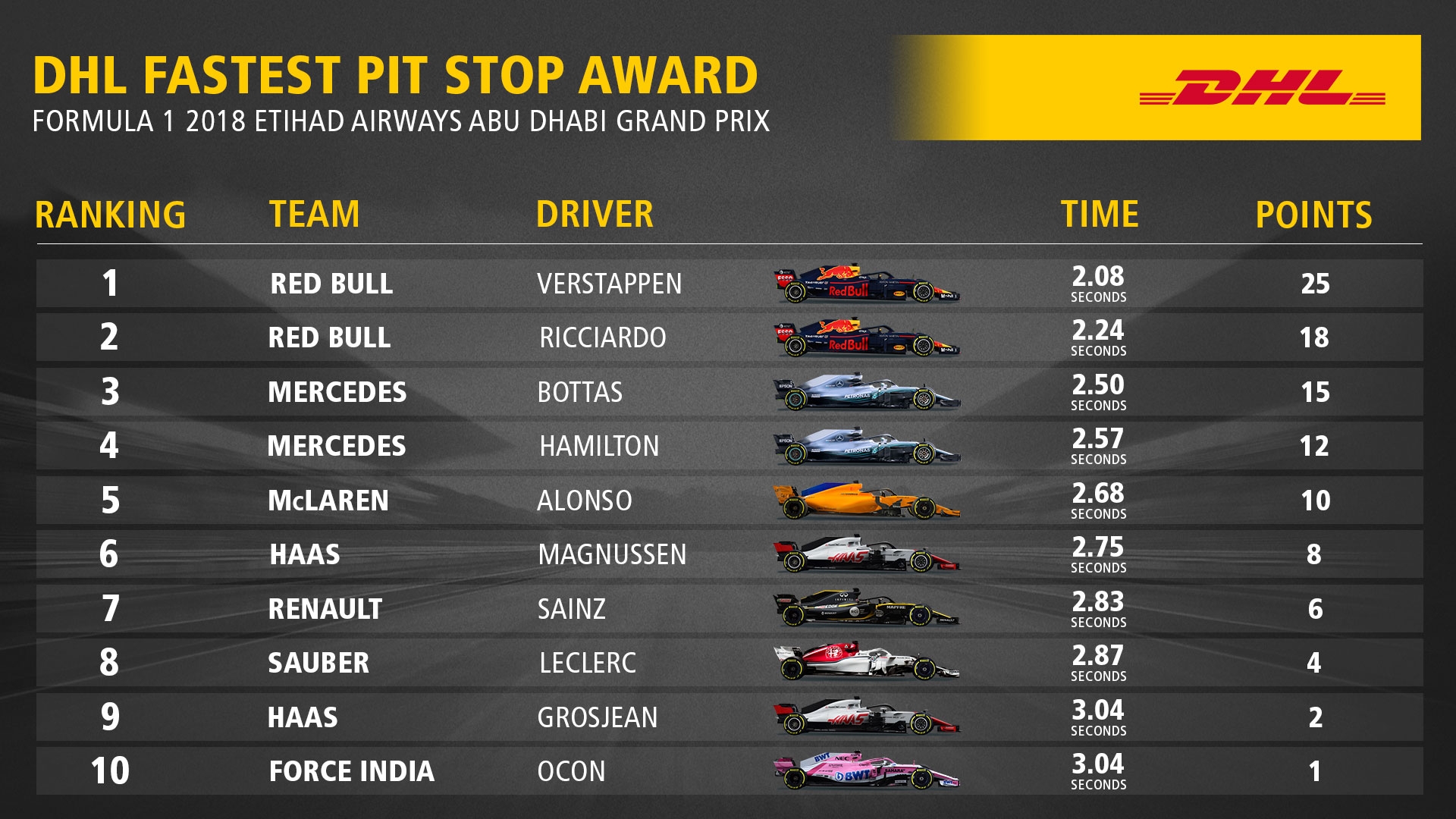 A pit stop in Formula 1 is much more than just stopping the car, changing tyres, and accelerating away. Split-seconds decisions, perfect teamwork, and absolute precision are needed for a smooth pit stop. For those who say Formula 1 isn’t a team sport must look at the pit stops. They are possibly the most visual evidence to change their minds about that perspective. A Formula 1 pit stop can be defined as a choreographed dance where the A-Team works in perfect coordination to refuel and change wheels as quickly as possible. Pit stops display the human potential and how, as a team, they can achieve even the impossible. They are the unsung heroes who make a critically significant contribution to the drivers’ success on the track.

The following is the list of some of the fastest pit stops in Formula 1 history.

Formula 1 pit stops are all about “take your time in a hurry.” If any of those people, including the driver, are off by a few millimetres, the whole race, and months of preparation and hard work can be destroyed faster than you can say.

It is hard to imagine that a team could possibly get faster!

Pits stops are the tensest and thrilling feature of Formula 1 racing. In fact, the win and loss of the F1 races significantly depend on the pit crews and pit stops. Within a blink of an eye, a vast number of activities are carried out. Here is a breakdown of the works carried out by an F1 pit crew.

In Formula 1, every tenth count, so when drivers make a pit stop, the pressure is on the crew to get them on track as quickly as possible. Red Bull Racing made history by changing Pierre Gasly’s tyres in just 1.91 seconds during the British Grand Prix 2019.

Pit stops can even be longer in contemporary Formula One Racing if car components require changing. If the anterior wing angle requires fine-tuning to tackle understeer or oversteer or if there is a problem with the wheel nut, the pit crew will take their time to ensure that everything is fine. Although, longer pit stops are painful for the drivers, times of seconds or even more is prevalent in this sport.

While it is the F1 driver who is getting all the fame and attention, Formula is very much a team sport. Each F1 team has a crew of nearly 20 people.

The drivers and teams can be handed penalties for mistakes or errors that take place during the pit stops. 5 or 10 second go/stop fines can be handed out, with crew members requiring to pause for the penalty to be finished before leaning towards the car.

Being a Formula 1 team member is one of the toughest jobs out there. The pressure of performing effortlessly is always on. But it is what makes F1 the most intriguing sport ever.